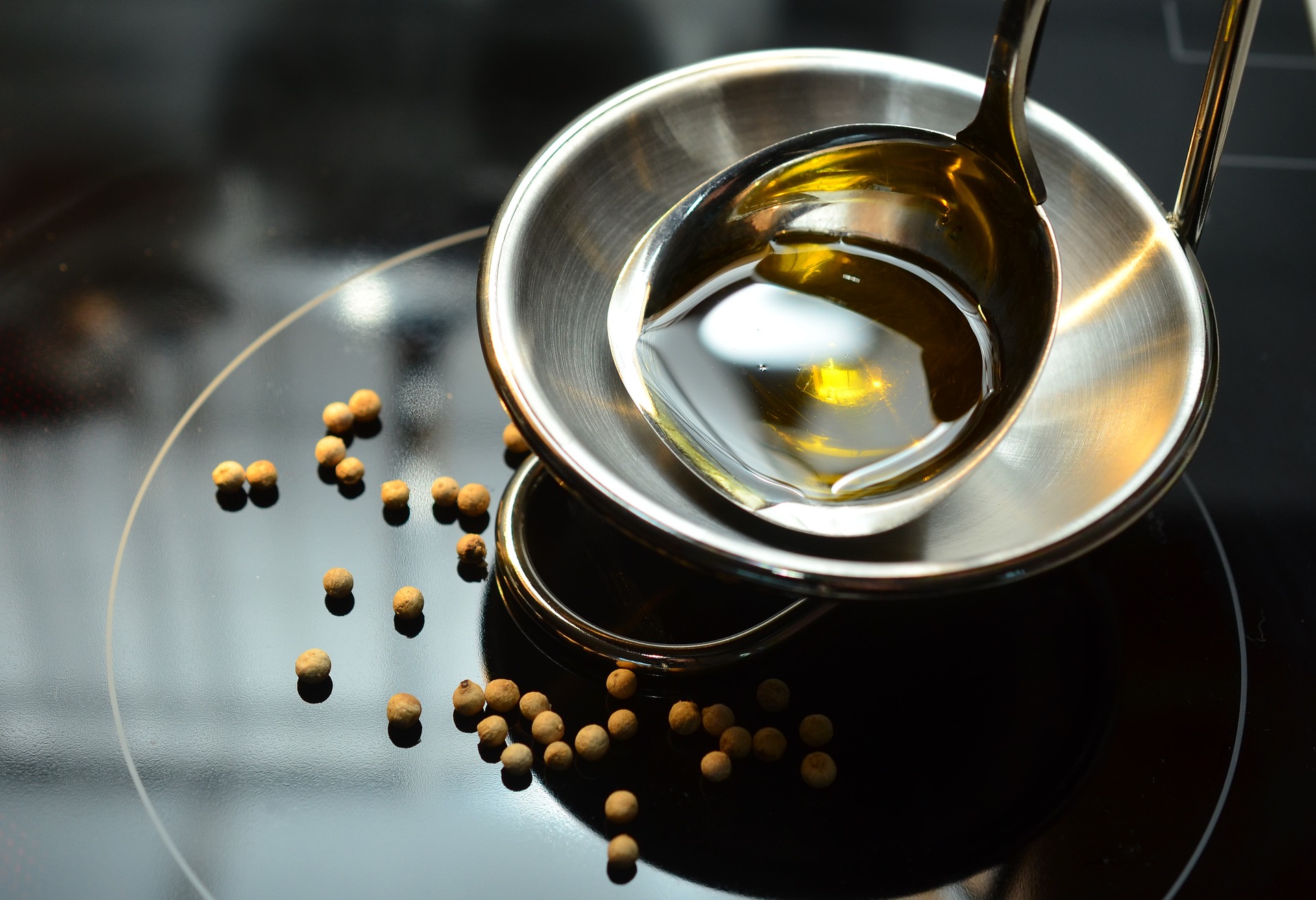 One of the most distinct differences between oils is their smoke point. An oils smoke point will define how the oil can be used. There is also a perception that ‘burned’ oil has deteriorated producing toxic and, in some cases, cancer inducing substances. Some of the deterioration formed in fats and oils is caused by heating to high temperatures for prolonged periods, these fats are peroxides, aldehydes, ketones and hydroperoxides. Any of these can have toxic effects.

The bluish smoke given off at the smoke point is the aldehyde acrolein, a result of the breakdown of the glycerol associated with triglycerides. The smoke point marks the beginning of nutritional and flavour degradation and the production of free radicals. The presence of antioxidants helps prevent this and increases the smoke point

When pan frying the oil is heated between 160-240°C, the optimal temperature is around 180°C. Lower temperatures are used in other forms of cooking – roasting, baking etc. In Asian countries where the wok is used for stir-frying, temperatures higher than this can be expected. Oil can also be used as a salad dressings at room temperature, in sauces or as a dip.

The importance of smoke point from a chef’s point of view was highlighted by a chef in Blenheim, New Zealand when quizzed about which oil he used for frying. His answer was avocado oil because of its high smoke point, and secondly, he liked the flavour. Pursued as to why he didn’t use some of the locally produced extra virgin olive oil, his answer was that he was so busy in the kitchen that he could not watch the frying all the time and the lower smoke point of olive oil often caught him out with the food he was frying being spoilt. Price was not an issue.

The comparative list of smoke points given above is a rough estimate collated from multiple sources are within a few degrees of relative smoke point.

You will note that refining oils tends to increase the smoke point as impurities and free fatty acids are removed. You can see multiple occasions where the refined oil has a higher smoke point than the unrefined oil in the above table.

Another point to consider is that when frying very little oil penetrates the food and so even if smoke point is exceeded, the toxins formed are unlikely to enter into the component that is eaten in any quantity. Drying the food after frying to remove the external oil also reduces toxin intake if the smoke point has been exceeded.

As far as the loss of health attributes is concerned, tocopherols (includes Vitamin E) are destroyed or inactivated at 180°C while phenols (anti-oxidants such as the bitter component oleuropein) are more resistant to heat and will be retained at higher temperatures.

In summary on smoke point, with frying at the ideal temperature smoke point above 180°C high quality Macadamia oil has strong robust flavours and there are the added health benefits. 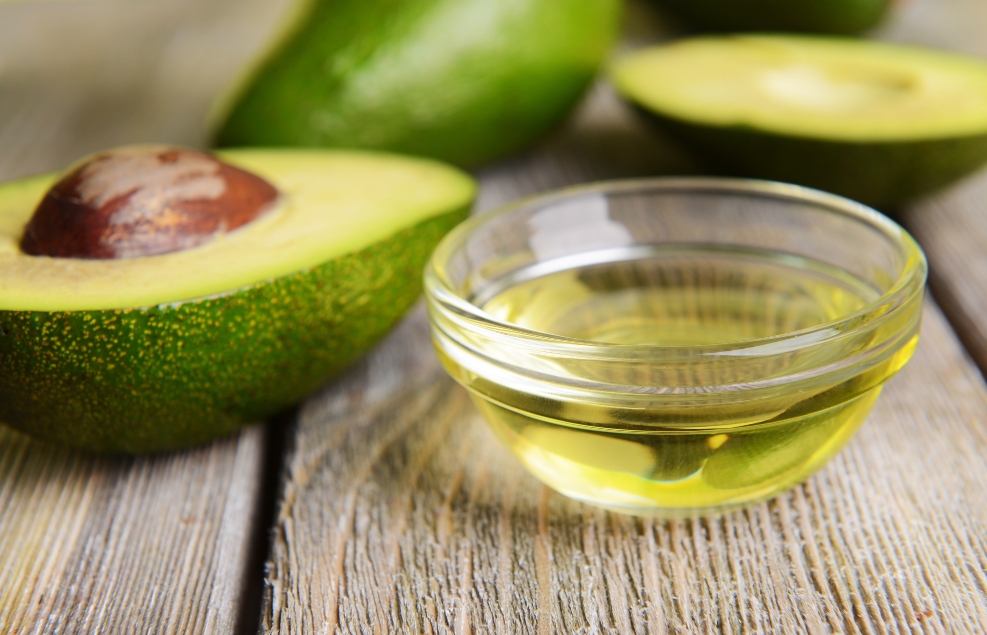 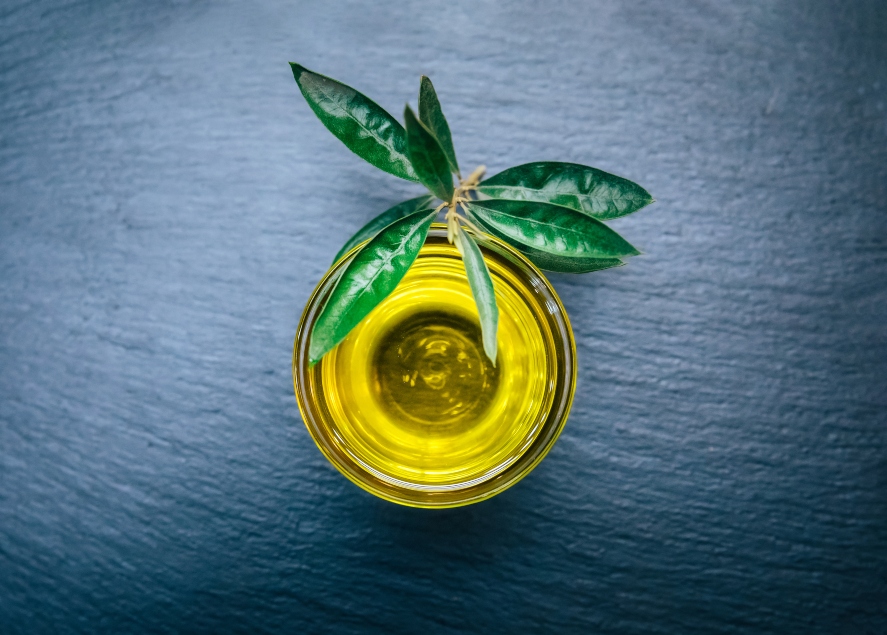 HOW ARE COLD PRESSED OILS MADE 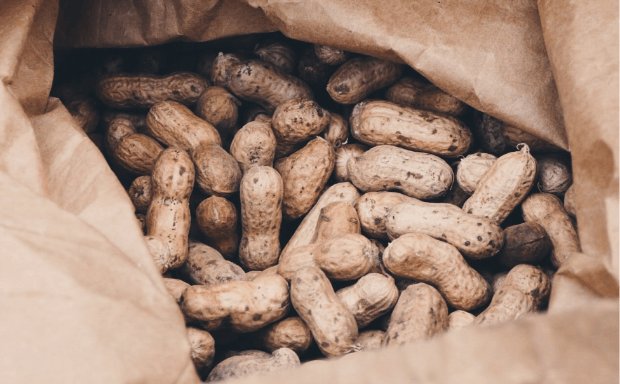 Aussie Peanuts are Back